A while ago, Mike wrote something on my Facebook page.

I have a topic suggestion for you: Making the transition from competing to coaching.

And that’s how this “How to transition from competitor to coach” guide was born.  I’ll try to give you some thoughts here but have to say upfront that I’m not the best guy to write about this. Because I’m a bit of a special case (Peanut gallery dwellers, keep your mouthes shut…) Here’s why.

A long, long time ago…

When I was 16 or 17, my teacher asked me to start class for him. He’d come in a bit later (he had a real long drive to get there) and I’d do the warm up and get everybody started. After a while, he asked me to start teaching beginners. So I did. More time goes by and I’m teaching a full class now. Fast forward a few years, and my teacher asks me to take over and run the school. Which I did.

But there’s something else:  I competed in Sanshou (IWUF rules). Think of it as kick boxing but with throws and take downs, no groundwork. Back in the day, it wasn’t all that popular so finding teachers was hard. My own teacher had fought under different rules decades earlier and he couldn’t help me much either. So I was left to fend for myself and figure it out on my own. Which explains why I’m such an opinionated asshole sometimes, but I digress…

That meant looking at all the information I could find: kick boxing, muay Thai, wrestling, judo, etc. If people competed in it, I tried to learn from that art. For the record, I don’t claim I was all that good at those arts, just that I looked for inspiration there because there were precious few books or videos on Sanshou back then.  As a result, I developed a personal, hybrid style that incorporated a lot of the elements from other arts but tweaked and adapted to the Sanshou format.  When I looked at what my fellow competitors were doing, I wasn’t that far off the mark.

I was a coach and a competitor at the same time; I didn’t transition from the one to the other.

I coached myself because I didn’t have a choice: I didn’t have the means to go study abroad and didn’t know of any local teachers who specifically taught fighting under Sanshou rules.  Obviously, I made tons and tons of mistakes. I lost to fighters I shouldn’t have because I trained in the wrong way, messed up my conditioning, didn’t know enough about strategy and tactics, etc.

Looking at the other guys out there, I wasn’t bad, but I most certainly was not the best fighter out there.

But despite all these downsides, I learned a lot. I learned to look for information, analyze it and try to apply it. The real irony is that I became a much better fighter after I had stopped competing. With some time and distance between me and the competitions, I saw things in a different light, with a better perspective. And I made huge progress in my fighting skills. But it was too late to do anything with them because there was no money in Sanshou fights (still isn’t really) and I was married, bought a house, etc.  All nice things to have but incompatible with a competitor’s life, especially one who isn’t sponsored.

The biggest upside is that it made me a better coach. Primarily because I learned firsthand what not to do and can now help my students avoid those pitfalls. Here are some of the things I picked up along the way and you can use to transition form competitor to coach:

There’s a cliché in sports that the best athlete is never the best coach. I don’t necessarily agree with that. Sure, some top-fighters are crappy coaches, but not all of them. It’s also true that you don’t have to be a world champion  to be a good coach. But it obviously helps if you’ve competed a fair bit. Regardless, you need to learn about teaching because being a competitor doesn’t automatically make you a good coach. Teaching is a skill you have to acquire because not every student learns the same way and it’s your job now to figure out how to teach each individual one:

If you want more information about teaching, I recommend these two books. Learn about conditioning and physical training

Once you get past teaching the technical aspects of your art, you’ll spend a lot of time on getting your students in shape. Making them faster, stronger, more flexible and so on.

Every year, sports science discovers more about how the human body works and how best to train it. Training protocols from 50 years ago are now obsolete or they have been altered to become even better. But science changes constantly, so you have to keep up with how it all evolves.

If you competed for 15-20 years, you’ve had a long career and should consider yourself blessed. But here’s something to consider: the training protocols you learned at the beginning of your life as a competitor are now pretty old. To boot, the way the mind works, it can be hard to let them go if they are now outdated. Especially if they worked so well for you!

One of my teachers is a natural athlete. Almost no body-fat, lots of fast-twitch muscle and snake-like reflexes. He can still kick my ass, even though he’s in his sixties now.  Ever since I’ve known him, he did ballistic stretching, bouncing deep into his stretches. When I started training, I didn’t know how bad this type of stretching is and I paid a price for it by getting injured a lot. As soon as I started coaching, that was one of the first things I changed. The thing is, my teacher learned it that way when he was a gymnast as a child and back in the day, that’s how they stretched. But we know better now.

He probably never changed his teaching because his body recovered form anything he’d throw at it during his classes. So it wouldn’t make sense for him to change the stretching. But it does for his students, including me.

If you want to become a good coach, try to avoid this mistake. Keep up with the times and never stop learning about how to improve the physical training of your students.

Here are some good books (especially the first one… :-) ) to get you started: 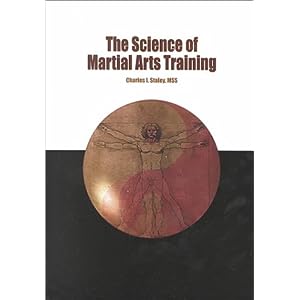 This may seem redundant but it’s arguably the most important part. If you want to coach competitors, you have to become attuned to how they think and get inside their heads. Because once again, your own experiences may not be helpful.

If you were a real fire-eater, a balls-to-the-wall aggressive fighter, you’ll have a very specific mindset. But not all fighters are like that.

Some students you’ll have to be gentle with, others you have to shout at and slap in the face before they get aggressive enough to fight. That’s just before a competition. You have to do the same thing every time they’re in class: manage their mindsets, motivate them, help them go beyond their perceived limits, etc.

To help your students become mentally strong, you’ll need information about how the mind works and how it reacts to fighting and combat. Here are some excellent books to help you out. 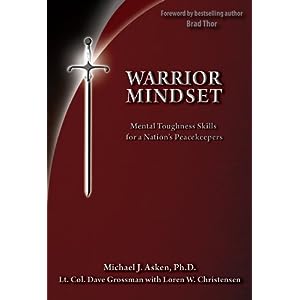 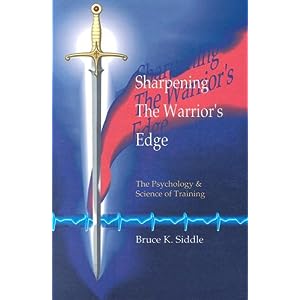 Learn about strategy and tactics

Teaching how to do something is one thing, teaching why to do it is even more important. And then there’s teaching when to do something specific and when not to. That’s what strategy and tactics are all about: the combination of how, when and why to do certain techniques.

Every fighter has at least a rudimentary grasp of these concepts, but some are better than others. The biggest mistake you can make as a coach is to turn your students into clones of yourself: just because you like to slug it out doesn’t mean your student has to. Especially if his temperament and style is more suited to dancing around and hitting form a distance.

So you have to learn how to teach not only your own preferred strategy but also all the other ones. And then discover the potential each student has for any given strategy to find which one works best for him. Doing this is difficult and there are no shortcuts. But if you manage it, you’ll always be able to give your students good advice on how to beat their opponents.

Try this book for some classics on strategy and tactics: 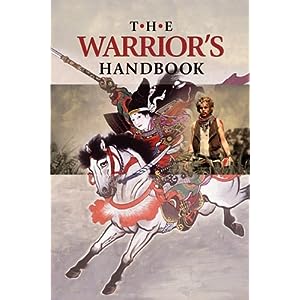 The most difficult part in becoming a coach, the thing you’ll have to check yourself for constantly is this:

Don’t think your own competitive experience applies across the board.

What worked for you as a competitor may or may not work for your students. This might feel uncomfortable to you because your experience tells you just how well that certain technique worked for you. And if only your student would work a bit harder, then he’d be able to pull it off as well. But he isn’t you. He may end up never using that technique, despite how good it felt for you to land it on your opponents.

Some parts of your personal experience will transfer perfectly, others not at all. Still others will work if you tweak them a little bit. But how will you know the difference?

The answer is: by working at it work, thinking everything through and doing your research. You’ll still make mistakes, as teaching is also a learning process. But you’ll do your students a disservice if you don’t even try. Which brings us full circle: to become a coach, you have to stay a student for as long as you’ll teach.