While I was in the US a few weeks ago, Kris Wilder interviewed me for his podcast series called Martial Secrets. Here’s the link to the interview. You can download the podcast or listen to it in a pop-up. 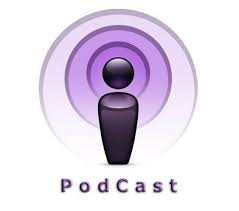 We talked about a bunch of stuff, not just martial arts but a load of topics and I had a blast. We didn’t have time to go into as much depth as some of the topics deserved (or the podcast would have ran for several hours, given as it’s hard to shut me up…) so I figure I’d go into it a bit more here.

This is a difficult topic for me. On the one hand I get it: people want to get stuff for free. So do I, really. It’d be awesome if everything were for free. But that’s just not how life works.

The thing is this: it takes a lot of effort, time and money to make a video or write and publish a book. It doesn’t just happen by magic. I only think it’s fair that as an author, you’re compensated for all the work you put in. The current form of compensation is called royalties.You may not like this (I certainly don’t like the system) but right now, that’s what we’ve got.

Royalties means I get a very small cut of every book or video of mine that gets sold. I’m held to contract so I can’t mention my exact percentage but when you visit the Wikipedia page, you’ll see them mention figures in the 7%-10% range. I can confirm to you they’re not lying…

So if you download illegal stuff because you think it’s too expensive, here’s a thought or two:

If you didn’t like the book or video you swiped from the torrent sites, then you won’t care. Because you felt the product was crap anyway.

But if you liked it, I’m guessing you’d like to see more products from that author, right? Well… If you steal his shit so he doesn’t get paid and either the publisher drops him, or he can’t make a living out of it, why on earth would he invest months and years out of his life to make any more material? And you not paying for his products is the direct cause of that…

Yeah, yeah, not just you and you can fool yourself into thinking that just you alone doesn’t make a difference. But when everybody thinks like that, the numbers add up, don’t they?

How can you fix this problem?

Buy his books and videos.

If you download them illegally, support the author and buy his stuff afterwards. It’s the best guarantee you have he’ll make more.

I know the industry has changed and it’s changing even more right now. I’m doing all I can to keep up. This blog is one of the ways I’m doing that. I think I give a lot of stuff for free here: Articles, How-to guides, Interviews, Videos, and a lot more. It takes up a lot of my time, but that’s OK. I like blogging. That said, this blog costs money directly (hosting, domain name, programming, etc.) and indirectly (every time I’m not out there working with clients, my self-employed ass doesn’t earn a dime). That’s why I use advertising to at least break even and if I can, get a little extra.

Over the years, I’ve added a LOT of content here. I’ve also received thousands of emails from people to say they liked it or that it helped them in their training, on the job or in a self defense situation. Which is cool in and of itself, but my point is: I give it all away for free.

If it’s then too much to ask to actually pay for one of my books or videos that you downloaded illegally, then, well… you’re kind of an asshole. Because only an asshole would expect somebody else to work for him for free…

If you hadn’t considered all this before and you came to my blog here after viewing one of those illegal downloads, you’re still welcome. But I’d appreciate it if you would take out your wallet and actually paid for my stuff. If you do, then I’ll gladly return the favor and produce more books and videos. I think that’s a pretty fair deal.

This is such a fundamental concept IMO but so many people miss it. Here’s the thing: you cannot answer a question accurately in a one-liner. It just doesn’t work that way. Things are rarely black and white. You need context and background but also training and experience to make sense of the answer you’ll get. Which sometimes turns it around on you and gives you the teacher’s answer of “You’re asking the wrong question.”

Not “wrong” per se but wrong because the question won’t advance your knowledge. In fact, it can detract from it because it might send you off in the wrong direction. Case in point:

Many martial arts practitioners eventually end up being able to generate intense heat/energy in the palms of their hands. When they hold them close (but not touching you) to you, it feels like heat or a sort of electrical current running through you. I know how weird this sounds and how some of you are now thinking “OMG, what bullshit!”, which is fine. I know it’s real.

My point is this: I discovered this pretty early in my training and thought it was awesome. When I asked my teachers about it, they always answered in a vague manner. Which annoyed me but a few years later, I figured it out: that stuff is just a waste of time, a dead-end street. It’s a byproduct of your training. A side-effect. It is not what you should be focusing on. If you do, you’ll waste a lot of time and eventually hit a brick wall.

Most teachers know this but they also know it’s no use telling you not to look into this subject. So they let you go at it with a word of caution not to do so for too long. By the time you hit that brick wall, you remember this advice and move on. You might also bang your head against the wall a few times too…

This is exactly how teaching and learning often works: you need to understand certain things before you can get (or even believe in) others. But until you do, your teacher gives you a simplified explanation, one that makes some sense and helps you get to the next level of understanding. And then the next one and so on.

This is also one of the reasons why some people disagree with me on many of the posts I write here (especially the MMA ones, where they don’t bother reading everything I wrote which means they can never get the context…), which is fine BTW. I don’t mind the debate. But the problems arise when I’m talking about another level of understanding than the one they’re arguing about.Then we end up talking past eachother.

To be clear: I’m not saying I know more than they do and they’re dumb as shit. I’m saying they’re thinking at a different level than me. Better or worse has nothing to do with it.

The man is truly poetry in motion and he makes the most excellent Japanese food. If you are ever in Brussels, visit Kamo-san in his restaurant called “Kamo”. Trust me, you won’t be disappointed.

Special thanks to Kris for interviewing me. It was a blast!