A while ago, Rory Miller and I had a discussion about the nature of certain traditional martial arts and what is (or isn’t) wrong with them as far as self-defense goes. This sparked a few ideas in my head and this post is the result. Here goes:

The myth of traditional martial arts.

For some reason, many traditional martial artists tend to have huge blinders on. They believe in this myth that their martial art teaches them effective self-defense by default. Simply because it teaches them to punch, kick, throw, lock, etc. In an ideal world, that would be true. In real life, it often isn’t.

Another important reason for that myth is the image of the old Asian master, tossing attackers left and right with no apparent effort. Yes, these men exist and they can deliver the goods but they are few and far between. What’s worse, for most of us, that skill level is not in the cards for us.  We just don’t have the time to train as much and for as long as needed to get there. But the dream of becoming such a mythical master is a mighty appealing fantasy, one that locks those blinders firmly into place.

There are many, many more reasons why this is a myth but I can’t go into all of them here. Instead, I’ll focus on a part of the issue, how traditional martial arts are built and how they make you progress through different stages. 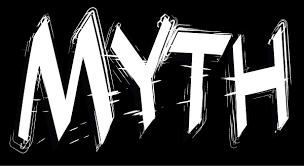 The structure of traditional martial arts

Traditional martial arts are usually a complicated mix of components: forms, techniques, partner drills, conditioning, psychological training, cultural artifacts, etc. In many cases, self defense is only one of those parts. An important one, for sure, but not the only one.

Because these components are all in there, traditional martial arts approach training in a particular way: many of these arts are designed for the long term.

Certain aspects, you start training immediately but they only yield their full benefits after 10 or 20 years of hard work. Sometimes even longer than that. So if effective self defense is the only thing you’re interested in and you need it right now, then a traditional art often feels like a waste of time. It isn’t, but it often feels like it.

If the art is taught correctly and still has all of its components (two really important qualifiers), then it will give you effective self defense techniques right away. If you learn it wrong and/or parts of it got lost somewhere down the road, you’ll end up with a bastardized art which may or may not work (hard to say which one it will be; it depends on lots of variables.) Unfortunately, this is more often the case than not. But I’m not going to go into that right now. Here’s the thing:

There will be many components in the training that are focused on the long term.

These components are there to teach you the skills that take a long time to develop. The kind of things you only learn after a long time but are just as valuable as the techniques that work right away. But because they don’t yield tangible results right away, it’ll look like you’re not doing anything useful at all with those parts. Case in point:

My point is this:

In a “good” traditional martial art, you learn effective techniques right away. Even though you might not do them like a practitioner with 30 years of training and you’re using muscle to get through, they’ll still work because the strategy, tactics and structure are sound. So as soon as you start training, you learn good stuff that helps you out in a pinch. However, at the same time you’re learning things that prepare you for the future. These aspects and skills (like I described above) take a longer time to develop but they aim to achieve two goals:

There’s more on this topic but that’s for another time. Case in point:

Kenji Tokitsu once wrote about it (think it was him, not sure anymore) and the story goes something (fuzzy on the details) like this:

He’d started training with a traditional kenjutsu teacher in Japan and received some specific instructions. One was to practice hitting an old tire with a bokken using the same specific strike a couple hundred (think it was a thousand) times a day. Very tedious practice, to put it mildly. He did so religiously throughout the years and every time he went back to Japan to train with his teacher, the same thing happened: the man never asked about that practice. So one day, after several years, he decides to give up on it, thinking it a waste of time.

The next time he went to see his teacher they started training but very quickly the old man said: “You’ve stopped hitting training on the tire. Start over and come back in a year.”

This is the type of training he was talking about and here’s how it was done back in the old days. And yes, that’s Ueshiba in there.

I read this story over 20 years ago and at the time, I thought it was a load of bullshit. Today, I say the same thing to students.

I can tell when they’ve been practicing something by themselves, what it is and how it changes what they can do. Sometimes it’s hard to put into words, but I can definitely tell. Now I’m not claiming to be any kind of master, nor am I saying I’m at the level of Mr. Tokitsu’s teacher (don’t even know the man). But today, I do understand what he’s talking about in that story.

I firmly believe his teacher saw the lack of progression in some of those long term aspects. Progress that should have been there had Mr. Tokitsu continued with that mind-numbingly boring tire practice. From the teacher’s perspective then, further training was useless until he’d made that progress.

I touched upon this concept of long term training a little in my podcast with Kris Wilder in which I mention the “6 secret words”.  To me, at this stage of my training, I think it’s a fundamental component of all good martial arts. Not just the traditional ones but also more modern versions. Though I have to admit I haven’t seen it much in the latter and very often in the former.

I also think it’s one of the primary reasons why MMA and muay Thai fighters wipe the floor with many traditional practitioners. Because unfortunately, a lot of traditional schools have lost these components and as a result, their effectiveness is limited. Especially against styles that emphasize peak physical conditioning, sparring and full contact fighting.

“I wanna learn this stuff! Gimme!”

The difficulty with all this is that I can’t really show it to people right away or explain it in a couple of sentences. This kind of stuff is complex and it takes a long time to understand and even longer to learn. But when you meet certain people who get it, you’ll know right away they do. Usually, you can tell when you end up on the floor after you attacked them and you have no idea what happened. Been there, done that.

Another part of it is that I’m not all that good at this stuff just yet. I’ve made some progress these last couple of years and I’ve seen which direction I have to go in but that’s not the same as actually being there already. This isn’t me being falsely humble and half proud at the same time. I’m just acknowledging the limits of what I know and understand. I know some of the tricks and have a wee bit of skill in this area but when I look at my teachers, I see just how far I still have to go.

The only real advice I can give is to keep digging deeper into your art. Keep on looking at both the forest and the trees at the same time. Because if you look at either one of them alone, you’ll never get to where you want to be.